Toronto is a city in love with movies. Today, we are overwhelmed by how much choice we have to indulge that love, from TIFF to the reps, uncut and commercial free HD channels, $5 Blu-rays, streams, on demand, pirating or even just using our phones to gaze upon YouTube. Whatever our fancy, we live in a time of unprecedented access to movies.

No amount of programming wizardry or post-modern playlist shuffling, however, could ever come close to reproducing what it was once like to be a patron of that most eclectic festival of cathode ray mayhem, witness to a heady yet irresistible parade of high-brow art house, home grown Canadiana, beloved Hollywood classics and low-grade, gormless sleaze guaranteed to rattle, titillate and challenge our senses all hours of the day and night: Citytv’s Great Movies.

As one of the core three tenets of old Citytv’s identity — “News Movies Music,” movies played a crucial role in forging their destiny, or rather, Baby Blue movies did. Even after all these years, people still talk about the Baby Blues with reverence because they not only helped defrost Toronto’s frigid attitudes towards sex, but more importantly pushed the buttons of those wholesome squares who controlled television at the time. Watching Citytv in the ’70s, especially the Baby Blues, was an act of insurrection.

As the Baby Blues cunning stunt achieved Moses Znaimer’s goal of bringing both wanted and unwanted attention to Citytv’s humble UHF location, (as well as probably inspiring David Cronenberg’s masterpiece Videodrome, but that’s another story…) the station also carved out a reputation for itself by showing regular movies too. The Great Movies skein screened double bills every night, with tacit acknowledgement that viewers were cool (“Before you go out tonight, see what’s on Great Movies.”) This was a marked contrast to other broadcasters’ passive treatment of their audience. The fanfare evolved, with each progressive intro getting more complex and exciting: watching these, you knew that something special was about to flash onto your screen.

Themed weeks were popular — Godzilla, James Bond, Planet of the Apes, Elvis, Woody Allen, Shaw Brothers, Universal Monsters and Disaster films. Plenty of film enthusiasts from Toronto swear by the higher education they attained watching Great Movies, in an era before VCRs or Pay-TV. Not to mention the Late Great Movie phenomena, born out of large film collections which any other TV station would have rejected with a barge pole.

Trash, cheese and outright crap were celebrated at Citytv, first with The Not-So-Great Movie strand and then most memorably with the aural alchemy of The Voice, who with one gruff and ready sentence could sell you on a bad movie quicker than a million dollar advertising campaign could on a good one.

In the early ’80s when 24/7 broadcasting was a new reality, Citytv populated the wee hours with music videos. After successfully launching MuchMusic in 1984, they switched to all night movies and once again, brilliantly, enlisted the City itself as a character in its own unfolding story: denizens of after-hours Yonge Street (back when it was grimy, soulful and a smidge dangerous) reminded viewers they were watching “Late Great Movies on Citytv!” Every commercial break shout out created instant camaraderie with shift-workers, insomniacs, ogling teenagers and whatever other assorted miscreants who were up at 4:00a.m. watching a W.C. Fields movie. Where are these people now?

There were some fascinating failures with the format as well: infamous rocker and Edison Twins theme composer Bob Segarini hosted Late Great Movies for one year in 1985 alongside producer (and now Ultimate Spider-Man writer) Ty Templeton, unleashing all manner of bad behavior and irreverent commentary that eventually got them fired (and rather proved Late Great didn’t need a host – only a Voice).

While lately there has been a renewed interest in the horror hosts of yore, nobody talks much about Toronto’s only known horror show, Monsters We’ve Known and Loved, which ran only eight weeks with host Gene Taylor dressed as some kind of singing and dancing camp Wolf-man.

A great boon to watching movies on Citytv was their punchy, liberal approach to censorship, with only the “mother” portion of a certain popular turn of phrase being muted (CRTC regulation or odd Oedipal issue?) while everything else — course language, gratuitous nudity, gore, awkward running times – remained intact. All the other commercial stations ran “TV versions” of popular Hollywood titles, meaning they were poorly re-dubbed and re-cut to fit strict running times and acquiesce to outdated puritanical broadcast standards. We can thank Moses Znaimer and his vision of Citytv for a lot of the freedoms on television which we maybe take for granted today.

By the 1990s, Citytv had added afternoon screenings of “More Great Movies” meaning anywhere from 4-6 titles a day were being played on the station. It was a wondrous time to be a movie fan. But as more specialty channels appeared, catering to all and sundry, and the notion of “home entertainment” pushed a world where people built their own collections of movies to watch in their home theatres, the event factor of movies on TV diminished greatly, as did the art of programming them. But from 1972 until the early 2000s, Toronto was treated to a kaleidoscopic trip though film history, via Baby Blues, obscure foreign, horror, musical, drama, war, T&A, comedy, western, thriller, Sci-Fi, and all points in between, some even scraped from the bottom of a particularly filthy barrel. Citytv played great movies!

Retrontario plumbs the seedy depths of Toronto flea markets, flooded basements, thrift shops and garage sales, mining old VHS and Betamax tapes that less than often contain incredible moments of history that were accidentally recorded but somehow survived the ravages of time. You can find more amazing discoveries at www.retrontario.com.

Author
Ed Conroy
Ed Conroy is a Toronto-based cultural historian, archivist and online video producer. He is the Founder of Retrontario.com and his pieces on Canadian pop-culture have appeared in the Toronto Star, Toronto Life, blogTO, The Canadian Encyclopedia Blog, and YTV.com. He has been sought for his expertise by CBC Radio’s Metro Morning and Here & Now, and is a regular guest on The Jerry Agar Show on CFRB Talk 1010. 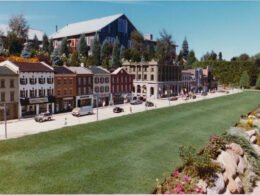 The lost world of miniature villages around Toronto 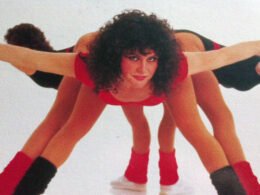 That time when Toronto TV was fit for aerobics 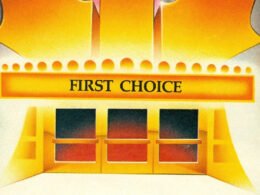 Looking back at the Pay TV wars in Toronto 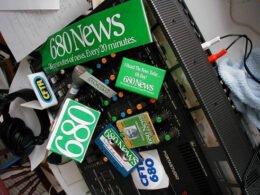 That time when CFTR became 680NEWS

Exactly 20 years ago today, as the final notes of Starship’s paen to 80s era commercial rock “We…
byEd Conroy
102 views